Dominique Clare is a blogger covering the NFL, NBA, and fitness. He is the founder of SportsandFitnessDigest.com.

Blogging is what Dominique Does Best

There’s a blog for that

Dominique believes the most important part of being a blogger is passion. Check out his passions that are evolving every day.

Workouts, training advice, tips and more. Health and Fitness is everything to Dominique.

Dominique doesn’t jst cover the Minnesota Vikings. Check out his take on the entire NFL

Dominique has been featured or published in many media outlets as a sports and fitness leader.

As featured or published on 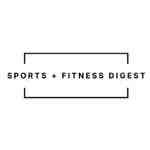